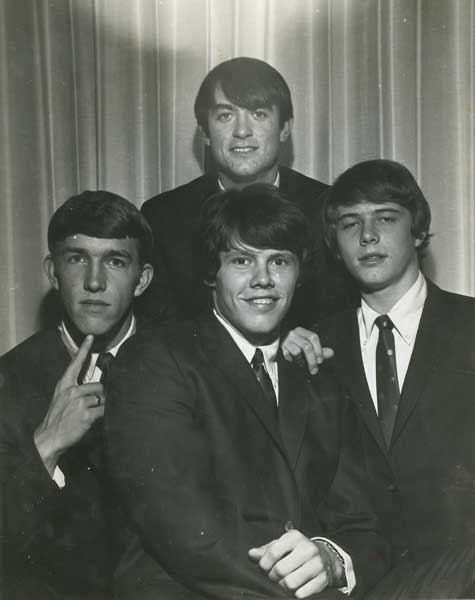 The Gants - Greenwood, MS.
One of the most important groups to rise to regional popularity in the '60s, making a lasting contribution to the music culture of the south and to Mississippi's music history. After a recent exchange of information with Sid Herring, I set out to build this page on Mississippi Music Artists.Com dedicated to The Gants. This has been a difficult task because of the band's expansive history, their affiliations with prominent recording artists and the band's own music accomplishments. The Gants have been referred to as The Delta Shirt Band by some over the years and even today this Mississippi group has followers from all around the world. I remember their hits "Road Runner" and "My Baby Don't Care" from 1965 and although I had not thought about the Gants for many years, I discovered a renewed interest in this Mississippi group by avid fans I encountered while doing my research for the Mississippi Music Artists.Com website. In the 60's The Gants were well known around Jackson and in Northwest Mississippi and eventually became widely known across the South as well as other parts of the USA and even in England. They were often referred to as The Beatles Of The South. Their accomplishments live on today through their music which can still be found on their website, TheGants.Com and on Amazon.Com, Itunes and other music media sources. One of the few 60's rock and roll bands of its kind to emerge from the Deep South. Their original line-up was Sid Herring (lead vocals and guitar), Johnny Freeman (guitar), Vince Montgomery (bass guitar) and Don Wood (drums). Freeman was replaced by Johnny Sanders due to family pressures. The Gants band was formed in Greenwood, MS. and were originally known as The Kingsmen. The group later changed their name because another group named The Kingsmen was receiving popular recognition for their smash hit "Louie, Louie." The band became the Gants, named after a popular brand of shirt. In 1963 The Gants started out playing R&B covers and the kind of instrumentals that The Ventures made popular during that period. One of the most important contributors to The Gants success was the groups harmony and ability to emulate the English sound and particularly the sound of The Beatles.

﻿ ﻿
﻿
At the same time, Sid Herring, who many believe resembled Peter Noone of Herman's Hermits and sounded like John Lennon of The Beatles, developed a great interest in the Beatles and began writing his own original songs that were inspired by that British sound everyone was hearing on the radio. At this point, The Gants had a professional sound and a repertoire of original material and an even larger repertoire of covers, which were reflected in the choice of sides for their first single: Bo Diddley's "Road Runner" backed with their own "My Baby Don't Care," released on the Statue label in mid-1965. The record showed enough potential for re-release on a major label, Liberty Records, in September, and it saw some modest chart success, reaching #46 on the U.S. Pop Singles Chart . In early 1965, The Gants were overheard by a U.S. tour coordinator for The Animals while playing in a hotel ballroom and were chosen to open for the Animal's Florida tour.

This turned out to be a typical development for The Gants — opening the first set for more famous groups. During the '60s The Gants toured and opened with music greats like The Dave Clark Five, The Swinging Medallions, The Box Tops, The Yardbirds, The Blues Magoos, Sam The Sham And The Pharaohs and many more. However, opportunities were limited with half the band still in high school and the other half in college, unwilling to drop out and face their draft board. Like many of their contemporary '60s artists, these young musicians had to balance high school and education against performances and promising careers as music artists, maintaining practice sessions, show dates and studio recording schedules combined with the need to travel sometimes considerable distances to meet these scheduled obligations. Later that year,  Liberty Records released The Gants' first album, "Roadrunner," which supposedly featured Duane Allman playing organ on "House Of The Rising Sun" ( however it is most likely they meant his brother, Greg Allmam). 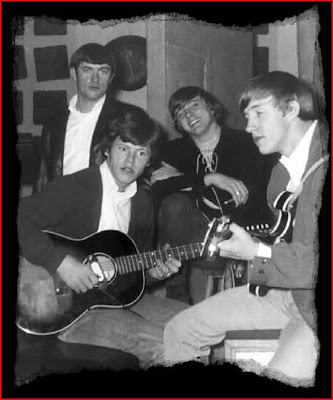 In January 1966 a new single was released, "Little Boy Sad", which included an early use of the wah-wah tube device later made famous by Joe Walsh and Peter Frampton.. The band tried to get Liberty to release their recording of the band Them's recording "Gloria" but the label refused. The Gants were later disgusted to see the song become a huge hit for The Shadows Of Knight. The Gants reunited band played a garage band festival called Cave Stomp in Detroit in (1998) and were well-received by a new generation of fans.

The master tapes of The Gants recordings are owned by the big British entertainment conglomerate EMI, and EMI refused to license them for reissue. The Sundazed disc, called Roadrunner: The Best of The Gants, got a few good reviews. The band played a series of gigs around Mississippi in preparation for a return to New York. Sanders said the hard part of getting back together was re-learning the originals. "The Sundazed people wanted us to play a set of almost nothing but Sid's originals. But we didn't play those songs much in our live show back in the '60's. They weren't as good to dance to. In our live show we played stuff like "Mustang Sally" and "In the Midnight Hour." We hadn't played "Smoke Rings," for instance, since the day we recorded it. We never played that live. But now we had to learn it." 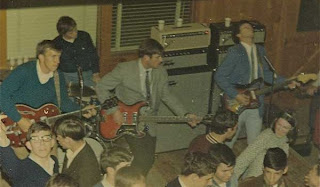 The trip to New York was a triumph. They headlined a show with The Blues Magoos, and the crowd went wild. The farflung, and downright eccentric, cult of The Gants, spawned on the Internet, has continued to grow. Fans drove all the way from Seattle, Washington to see the group perform in New York. The Gants recorded ten songs at the original Sun Studios in Memphis, Tennessee sometime in 1964. There is also a ten song collection, titled Delta Blues, that was recorded in 1993 with producer John Mihelic. It includes some more recent Herring originals in a Southern rock mode (the title track among them). 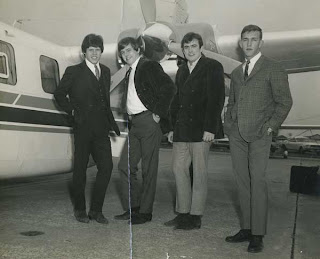 A renewed interest in The Gants group has surfaced and recently Sid Herring did an interview for Shindig Magazine in England. In this interview Sid describes his experiences with The Gants and the bands recording sessions at Fame Studios, Sun Records, at studios in Nashville studios and at Liberty Records. He also talks about his work with David Gates (pre-Bread) in Los Angeles, CA. Be sure to check out the Sid's complete interview with Shindig at this link: The Gants.com Interview link

Download mp3 - Free File Hosting.
*
Listen To The Gants (Another Chance) on the Introducing The Gants Album
*

﻿
﻿  The Gants In The News   Jan. 2012...
The Gants In The News Jan. 2012...Sid Herring has updated The Gants page on MMA with this neat bit of news. The Gant Clothing company (New York) is using The Gants Band pictures to help promote their new 2012 Spring clothing collection. Gant Clothing stores are currently in the US and 70 countries around the world. How cool is this to see your bands picture on a store sales display. Looks like the Gants have done it again as models this time. Here are some pictures from The Gant Store displays.