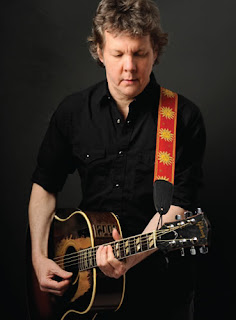 Steve Forbert (born Samuel Stephen Forbert, December 13, 1954) in Meridian, MS.   Steve appeared on the music scene in the late '60 and became prominent in the '80.  I remember catching his performances in places like The Pizza King in the '70s. He had a style very much like Bob Dylans and always was fun to see on the stage. Steve performed recently (Sept. 2011) at the Sucarnoochee Review in Meridian, MS and some of my friends who caught the performance say that Steve was awesome.

Steve is an American pop music singer-songwriter.  He is best known for his song "Romeo's Tune", which reached #11 on the Billboard Hot 100 chart in 1980.   The sleeve on the album Jackrabbit Slim (1979) states that "Romeo's Tune" is "dedicated to the memory of "Florence Ballard, ". The song was actually written about a girl from Forbert's home town of Meridian, Mississippi, but was dedicated to Ballard because, as Forbert explains, "That seemed like such bad news to me and such sad news. She wasn't really taken care of by the music business, which is not a new story."

Critics hailed Steve as the new Bob Dylan,  given a similar vocal timbre and thoughtful songwriting style. The front cover of his second album, Jackrabbit Slim, encourages such comparisons with its simplicity: a black-and-white photo of Forbert playing a well-worn Martin acoustic guitar with a capo on it, his shirt tinted green. Romeo's Tune was recorded in Nashville, Tennessee and produced by John Simon.  Forbert has a cameo appearance in Cyndi Lauper's "Girls Just Wanna Have Fun" video playing her boyfriend. He appears at 3:44 in the official Sony video. In 1984, Forbert had a disagreement with his record company (Nemperor), which apparently did not want to release a recording he made. The record was shelved, and contractual issues prevented Forbert from recording for a number of years afterwards. Although he has never again recorded a song as commercially successful as "Romeo's Tune", his first recording for Geffen Records, 1988's Streets of This Town, has been credited with "intelligence and maturity that bested most of his previous work". His The American in Me follow-up in 1992 was praised as "equally strong". Both Geffen releases however were ineptly promoted, and Forbert's work there has been called under appreciated. Although his fame has subsequently waned, Forbert has made music "steadily ever since, writing songs and singing them, on CDs and on the road".  His songs have been recorded by several artists, including Rosanne Cash, Keith Urban, Marty Stuart and Webb Wilder.