Back To Home Page﻿﻿

Chris Ethridge  was born in Meridian, Mississippi in 1947.


An American country rock bass guitarist, he ﻿ is ﻿probably the ﻿greatest bass guitarist Mississippi has ever produced and is among the top ranked bass players in the world. Chris Ethridge, 65, of Meridian, passed away peacefully on Monday, April 23, 2012, at Anderson Regional Medical Center in his hometown. Chris is a widely celebrated musician, bassist and song-writer, a founding member of the highly influential country-rock band “The Flying Burrito Brothers”. His work as a studio session player in the heyday of the Los Angeles rock-and-roll recording industry is the focus of many musicologists, and recognized as a tremendously influential body of work. A talented songwriter, Chris penned music that is still relevant today and he will be missed by his many thousands of friends and fans, and those musicians who have long been and continue to be influenced by the tremendous volume of ground-breaking music he leaves behind.  Chris played an important role in helping Willie Nelson build his long running career. As the story of Chris's health decline began to circulate and the news that he was in the hospital, Chris's Artist page on Mississippi Music Artists.Com began to receive an unprecedent number of hits from all around the world. I was astounded at the sheer number of his followers. His music talent is amazing and will live forever in the hearts of his fans everywhere. I  am proud to say that I knew Chris and I know that his music has inspired many and will continue to do so. A few months ago I went on record on this website about how the great music artists from Meridian, MS. are quickly deminishing in number and that there is a great opportunity to recognize these artists for their accomplishments while they are still living and to preserve their work for future generations. These opportunities are fading as we continue to lose these great music artists from a state that has produced so many fine music talents.  Chris is another of these talents who we have lost.  He was truly a world class music artists and there will never be another bass player like him. He will be missed by all his friends.    Chris Ethridge Obituary Link (Meridian Star)

Chris Ethridge History
He was a member of the International Submarine Band (ISB) and The Flying Burrito Brothers, and ﻿  After Parsons’ death, Ethridge played in 1974 with the Docker Hill Boys, an informal group which included Gene Parsons and Joel Scott Hill. These three refounded the Burritos in 1975 with Sneaky Pete and Gib Guilbeau, recording Flying Again. Ethridge left the Burritos again in February 1976, returning to session work. He has been a session musician throughout his career, recording with many leading country-tinged acts, including Judy Collins, Johnny Winter, Ry Cooder, Leon Russell, Randy Newman, Linda Ronstadt, The Byrds and Jackson Browne. He also toured with Willie Nelson’s band for almost eight years, and later played with the Kudzu Kings. Chris also played the character of ‘Easter” in the 1980 movie “Honeysuckle Rose” starring Willie Nelson, Dyan Cannon, Amy Irving and Slim Pickens.
Anybody familiar with L.A. canyon-rock circa 1970 should be familiar with the name Chris Ethridge. Having more or less made his debut as the R&B-minded bass player with the Flying Burrito Brothers, the man soon went on to become one of Americana’s most in-demand session players, serving with everyone from Phil Ochs to Ry Cooder to Judy Collins. There’s a good chance that you can find him on more than one of your favorite records. A less recognized part of Ethridge’s career, however, is his time served as a member of Hill, Barbata & Ethridge, a tight congregation of musicians who had until the band’s formation only really been seen working the sidelines of the nascent country rock movement. John Barbata probably had the highest profile of any of them, having spent several years manning the kit for sardonic folk rockers The Turtles, while singer Joel Scott Hill had only cut a couple of solo sides for small independent labels out of the west coast.


Chris is one of Meridian's own sons and he is a widely acclaimed music artists. One of my favorite works he played on was Maria Maldaur's Midnight At The Oasis, which I do not see listed here in the discography credits. Recent information points to other unlisted credits including a studio session recording with The Everly Brothers "Stories We Could Tell-1972 Album Tour."  Chris's music history is truly extensive and widely connected to many other great music artists. 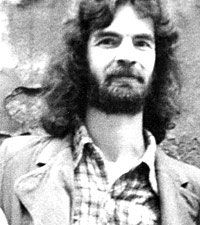 Update-Chris Ethridge Music Credits     Grant Ricketts sends this information update about Chris' work in California in earlier years and expresses his regrets on the recent discovery of Chris' passing. Grant's letter references some of Chris' unlisted credits.
I was saddened recently to learn of Chris' passing. I hadn't seen him in years, but he became a fairly close friend of our family where I grew up in Woodland Hills, CA (the Valley suburb that would head up to Topanga Canyon). He was a few years older when other musicians introduced him to 'my band' (as a 12-year old), he was only 18 at the time. I think my Mom's hospitality was very nice and I think that appealed to his sense of southern hospitality. He and Karen came over on a couple 4ths of July. He even let me borrow his bass a couple of times... ;-)

I long since took off in another career direction after college and grad-school, and last heard of Chris touring with Wilie Nelson in the late 70's early 80's. Tried to look him up in Nashville a couple of times on business trips, but wasn't successful (that was 'pre-internet' in the 90's).

Anyway, I noted in the discography that it didn't list his work with the Everly Brothers. They did a reunion recording in the summer of '71 or '72. He invited me to sit in and listen to a couple of sessions. Many other notables where there as well; John Sebastian, John Barbata, Buddy Emmonds, Delaney and Bonnie and others that I probably didn't know (I was probably 16 or 17 at the time).  Anyway, obviously an inspirational time for me. Paul Rothschild (of Doors background) produced the sessions at Electra Records in Hollywood. So, not seeing the reference, I thought I could at least forward that note. There are probably several other 'lost' recordings as well, as you and others suggest.

Again, very sad to learn of Chris' passing. I was prompted by a note that came up where Leon Russell was going to play at Yoshi's in the SF bay area soon. Knowing they were friends, I was prompted to do a quick Interent look up.