Eddie Houston and The Sensations 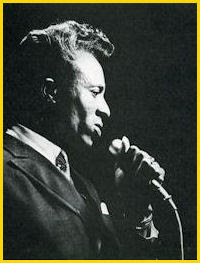 ” Eddie Houston had a big, rough voice with a really “backwoods” country intonation country intonation, and had obviously spent a considerable time listening to Otis Redding’s phrasing. In short he was a southern soul singer in the classic mode. His recording career wasn’t extensive but it did contain some top quality tracks, most of which he had a hand in writing.

He came from around Meridian, MS and his first 45 around 1963 or 1964 was for the tiny local Mel-O-Juke concern owned by Sherman Johnson. The lively blues “Baby You Were Wrong”  was backed with a good slow blues ballad " Somewhere To Lay My Head"  but the low-fi production values and no distribution gave the single no chance despite a powerful emotive vocal performance.

Sometime in 1967 & 1968 Eddie Houston contracted with RAP Records and recorded a lot of material at Bob Reetz's studio. So far there is no information on whether any of these recordings were released by RAP Records but to date there is more recorded material in the RAP Records masters archives by Eddy Houston than any other artist.  The reel to reel masters include three 10 In. reels with much of the music he later recorded and released through Malaco Records in Jackson, MS. in 1968.  George Soule brought Eddie Houston to Malaco and introduced Eddie to Tommy Couch and George Soule worked with him during this period at Malaco.

Eddie's mid-paced "I Can't Go Wrong"  came out on a new label called Rise. By some chance the disc came to the ears of Wayne Shuler, son of Louisiana record man Eddie Shuler, who licensed the masters for Capitol. He replaced the disappointing flip “Simon Says” with the superb deep "That's How Much (I Love You)", and the original “I Can’t Go Wrong” with a funkier alternative cut. Despite poor sales, Shuler persevered with another Houston single, issuing another amazing deep soul masterpiece “I Won’t Be The Last To Cry”. Both these 45s are now heavily collected and acknowledged as classics of the genre.

His Malaco cuts were laid down early in 1968. He was asked to come to the studio by the legendary George Soule, who met Houston as a result of his DJ work at a local station in nearby Meridian. Coincidentally Eddie’s day job was working in the shipping office of the steel foundry owned by Soule’s family! Not only that but he could write a memorable song, and no less than four of the five songs here came from his pen.

Houston did have another 45 released, “Knock And The Door Shall Be Opened”/”Away From Home” on Ovation a few years later, but despite his short recording career his reputation as the first of Malaco’s great ballad singers is secure. He was last heard of in Nashville working as the manger of a hotel.

The RAP Recordings by Eddie Houston are most likely pre-Malaco but that is not a certainty. Eddie had demo tapes already recorded when he met George Soule and this is most likely the RAP studio recordings.  When I first heard the RAP masters by Eddie I was blown away by his soulful sound and by the music of the band. The band was tight and the recordings are precision. Lots of horns and  great bass. This group musically  was in harmony.  Listen to the track below for a sample of Eddies Houston's unique sound during the mid to late '60s..


Note:- All of Eddie's Malaco recordings can be found on the Soulscape CD "Soul Chant" (SSCD 7006). In addition alternative version of "I Can't Go Wrong" and "That's How Much" are also included along with the excellent previously unissied cut "Walk Through This World With Me". 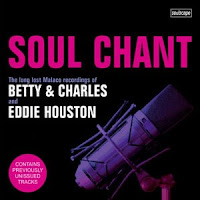