Darryl Vincent And The Flares


Meridian's own, Darryl Vincent & The Flares


The Flares are Meridian's first important & successful rock & roll band and
Mississippi Music Artists.com recognizes and remembers
this group  for their contribution to Mississippi '60's music.  Most of us rockers from the '60s remember these guys but many of the younger crowd have never heard of them.  The Flares were  Meridian's first important rock and roll group to record music,...... their music.


﻿     These singles have been released on eight compilation (multi-artists) CD's world wide through the '90s (Darryl Vincent Music Link). on the early records were Darryl, Jimmy Pasquale, Sonny Roth, Denny Powers and Zack Martin, all from Meridian, MS.  George Cummings (later Dr. Hook & The Medicine Show) was hired when  J Pasquale had to go to camp to take his place in '58. After Jimmy returned, the band  got a job in Gulf Shores at the Canal Lounge, 5 nights a week. Zack couldn't leave Meridian, so the band recruited Austin Phillips to drum.  The Flares got another gig in Mobile at the big Melody Club next to Brookley Field Air force base. The Club seated hundreds of people and Darryl & The Flares from Meridian packed it out. Two black guys were hired to play with the band, Eddie Connors on vocals who had a regional hit at the time with" World of Make Believe",  and Prince Connelly on blues guitar and vocals. One of the first integrated band in the South in '58.﻿﻿

﻿﻿          Austin had to go back to high school so the band drafted  Knobby Lowell to replace him on drums. They loaded up Darryl's Volkswagen bus and drove to Chicago, our first big trip to a large city. the band landed an audition at Chess Records and followed  with two singles with Etta James, Larry Williams and Harvey Fuqua of the Moonglows (Etta's husband at the time) singing background vocals.(see below) One song was "Shed No Tears". Darryl Vincent was already signed to Sandy Records in Mobile which caused some complications with the Chess recorded singles and the Chess recordings were not released.   While in Chicago doing the Chess Records recordings the band rented a big room with 5 beds across the street from the record company. One day when the old black maid came in to clean, she told the band that the room they were staying in was Al Capone's main hotel suite. The next day the band went to record and left the VW  bus outside the door of the studio in broad daylight. After hours of recording in the studio the band returned to find someone had broken into the bus and stolen everything they had brought to Chicago clothes, shoes, luggage, etc. and Jimmy's shotgun which they had brought along. Totally wiped out!  Luckily the band had left their instruments and amps inside and they survived.  the band told Leonard Chess ( the owner of the record company) and he wrote  a check for $150. The band later learned that a ring of Chicago policemen had been busted for breaking into cars. Darryl passed in 1975 and is buried in Meridian. He was 33 years old. 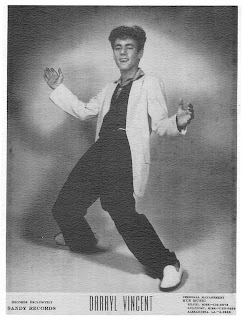 Recently my friend Jimmy Pasquale, the lead guitar for The Flares band, shared some history on this great group from Meridian, MS.   Jimmy is a semi-retired Nashville songwriter (1981-2008) and these days spends his time between his hunting camp in Evergreen, Al., Nashville and The Gulf Shores-Pensacola area. Jimmy is co-founder of the Pensacola Beach Song Fest.   Jimmy has written songs for notable artists like Ed Bruce, Gene Watson and  Ray Charles.  Darryl Vincent & Jimmy Pasquale formed The Flares band in Meridian, MS. in 1957 while they were students at Kate Griffin Jr. high.  Jim was originally from Massachusetts and moved to Meridian at the age of six. Darryl was originally from North Carolina and moved to Meridian at about the same age.  I asked Jimmy how long Meridian had been the band's hometown and he replied "as far as I'm concerned, it still is!"  Darryl passed away in 1975 and is buried in Meridian.  The band performed at High School Sock Hops and on a Saturday TV series called "Radio Ranch."  Early on they opened for various acts like Jerry Lee Lewis at the Neshoba County Fair in Philadelphia.  The band's first recording in 1958 on the Sandy Records label was "Mercy Me" and "Daddy's Goin Batty."  In 1959 The Flares added Denny Powers on Tenor Sax and recorded Wild Wild Party and Because I Love You on the Sandy Records label. George Cummings (also of Meridian and Dr. Hook & The Medicine Show) joined The Flares in 1959. After the band released their first records, their manager, Jimmy Stretch of RCA sent them out during the summer  to various rock'n roll shows. They played with Frankie Ford, Jimmy Clanton, Mac Revneck (Dr. John), Jerry Burns and other New Orleans based music artists.  The bands first records were recorded at Singing River Recording Studio in Bay St. Louis (Sandy Records). they recorded "Lil 'Girl" and "Unexpectedly" in New Orleans at Crash Records and "Shed No Tears" and "True Love" in Chicago at Chess records.  Their album "Chasing A Dream" was recorded in Mobile on the Astro label. The band's latest album "Can You Still Rock" was recorded in 2007 in Lebonan, Tn on the Astro Records label.

When asked to name some of the Mississippi artists contemporary with The Flares Jimmy Pasquale answered. "Jimmy Elledge (solo) RCA "Funny How Time Slips Aawy"  George Cummings (who later helped formed and named the group 'Dr Hook" , Jimmy And David Ruffin (The Temptations), Paul Davis (solo) Jimmie Rogers (The Singin' Brakeman) Moe Bandy (solo) and thirty mile away my dear friend Marty Stuart, Philadelphia, Ms and Faith Hill, also from Philadelphia, Steve Forbert(solo),Meridian, Jimmy and The Jokers. I've always said in interviews, when ask, why so much talent from Meridian, my standard answer was ,something in the watermelon, I think." My special thanks to Jimmy Pasquale for sharing the history of Darryl Vincent & The Flares, for his contributions to the Mississippi Artists.Com website and for his work in preserving the music heritage of Mississippi.

The Flares hit songs played in heavy rotation in the South and were major hits at No. 1 in many cities like New Orleans, Meridian, Jackson, Pensacola, Birmingham and Atlanta. Quite an accomplishment for musicians at such an early age. And they are not alone in the musical talents that were born in Meridian, MS.

Recent news for The Flares includes an article published in the 2004 edition of Blues News Magazine, The band's reunion at Gulf Shores in 2002 for a performance and a new album "Can You Still Rock" recorded in 2007. And more recently the release of two Flares recordings on Cathouse Records "Belly Full Of Blues"  album. 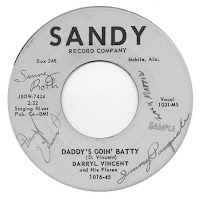 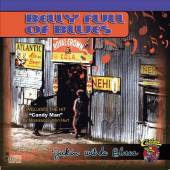 Flares News ...Catbone Records has just released a new album titled "Belly Full Of Blues". The album has 2 of the Flares recordings previously released on the "Can You Still Rock" album.