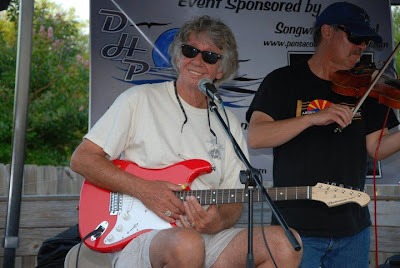 Jimmy Pasquale is a semi-retired Nashville songwriter (1981-2008) and these days spends his time between his hunting camp in Evergreen, Al., Nashville, TN.  and The Gulf Shores-Pensacola area. Jimmy is the lead guitarist for The Original Flares Band and is a co-founder of the Pensacola Beach Song Fest.  Jimmy has written songs for notable artists like Ed Bruce, Gene Watson and Ray Charles.   Jimmy first arrived in Meridian from Massachusetts at the age of six. 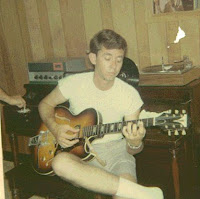 In 1957 while students at Kate Griffin Jr. high, Jimmy joined Darryl Vincent and together they formed The Flares.  This would become one of the first important and successful rock and roll bands to call Meridian, MS.  their home. The Flares performed at High School Sock Hops and on a Saturday TV series called "Radio Ranch." Early on they opened for various acts like Jerry Lee Lewis at the Neshoba County Fair in Philadelphia.

The band's first recording in 1958 on the Sandy Records label was "Mercy Me" and "Daddy's Goin Batty." In 1959 The Flares added Denny Powers on Tenor Sax and recorded Wild Wild Party and Because I Love You on the Sandy Records label. George Cummings (also of Meridian and Dr. Hook & The Medicine Show) joined The Flares in 1959. After the band released their first records, their manager, Jimmy Stretch of RCA sent them out during the summer to various rock'n roll shows. They played with Frankie Ford, Jimmy Clanton, Mac Revneck (Dr. John), Jerry Burns and other New Orleans based music artists. The bands first records were recorded at Singing River Recording Studio in Bay St. Louis (Sandy Records). they recorded "Lil 'Girl" and "Unexpectedly" in New Orleans at Crash Records and "Shed No Tears" and "True Love" in Chicago at Chess records. Their album "Chasing A Dream" was recorded in Mobile on the Astro label.  Jimmy Pasquale counts many of the great Southern music artists as his friends.  Among those are artists like Jimmy Ellege, Joe Stampley, Chris Ethridge and George Cummings. 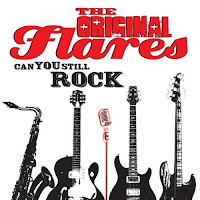 In 2007 Jimmy Pasquale and The Flares returned to the studio in Lebonan, TN to record  the band's latest album, "Can You Still Rock"  on the Astro Records label.