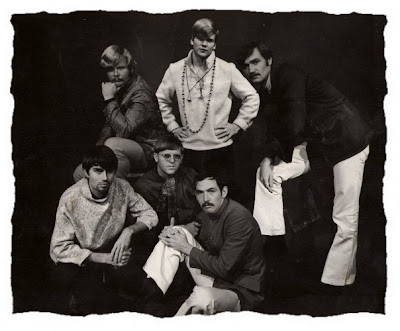 Sea Fever - Meridian, MS  1967-1970
( Originally known as The Male Box)  This group was started by Ned Hobgood with George Williamson out of an interest to write music and be in a band.  Recently Ned Hobgood shared the history of his '60s rock and roll band from Meridian with Mississippi Music Artists.com.   They were called The Male Box and began playing at the King Of Clubs on Hwy. 45 just North of Meridian.  I remember this group well and had the opportunity to hear them perform in 1967-1969 several  times.  They always reminded me of the Rolling Stones with their style and sound and they did a lot of Stones numbers.  Paul Davis and I went to hear Ned's band and B J Thomas perform at the Miss. Alabama State Fair in 1969 where they were featured with B J Thomas as the headliner entertainment.
The band changed it's name to Sea Fever after the drummer, Monte Royal left and Bob Peavey joined the group. Bob Peavey is Hartley Peavey's younger brother.  About this time Robbie Rivers join the the band as the horn man on sax. The band's first recording was at a studio in Birmingham,  Al. called The Church (Boutwell Recording Studios) where the band recorded their first two songs, "Clipper Jangle" and "I Don't Want To See The Sunshine." 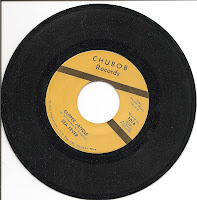 Both of these singles were released and distributed through Rob Reetz' RAP Records on the CHUBOB Record Label.   The band later recorded "Peace, Understanding & Brotherhood" written by Ned Hobgood and George Williamson at a studio (possibly Malaco Records)  in Jackson, Ms.  This recordings have never been released.  Sea Fever recorded another single at RAP Records in Meridian titled  "The Way To A Man's Heart Is Through His Soul". The lyrics were written by Ned Hobgood and the music was written by George Soule. This recording was never released.  The master soundtracks for Clipper Jangle, I Don't Want To See The Sunshine and The Way To A Man's Heart are still in the RAP Records masters library and will be digitized sometime in the future so check back for updates on the band's music.

﻿ Later Frank Morris joined Sea Fever on lead guitar replacing Tommy Long in the late '60s. Ned Hobgood recals some of the band's best gigs during the 60's which include a performance in Butler, Al. with the famed Zombies, and The Pieces Of Eight (formerly known as  The Swinging Medallions 'Double Shot Of My Babies Love').  The band also performed with The Tropics and the Rubber Band. Sea Fever performed at the Hullabaloo in Jackson with The Crackerjacks and tour with B.J. Thomas in the Hullabaloo rotation.  The band also opened for Jim Weatherly and the Vegas at the King Of Klubs in Meridian. 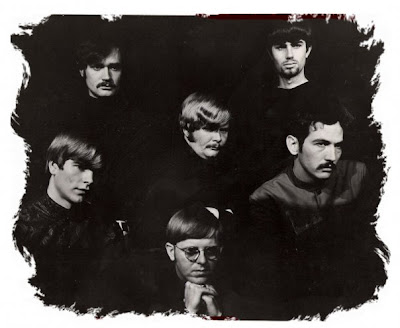 Ned Hobgood recalls; "the band brok up sometime about 1969-1970 for the usual reasons. Wives, girlfriends, gigs and money.  After the group broke up, I worked as a disc jockey at WMOX in Meridian. In 1973,  a friend of mine offered me a job as general Manager of his bar in New Orleans. I left Meridian in May of 73 coming to New Orleans to manage his club. In June of 1979 I opened my own bar called "Le Bon Temps Roule", over the next 25 years it became one of the most popular bar and music clubs in New Orleans. I sold it in August of 2003, since then I moved to Slidell, LA (out in the swamp) and have become the  artist, poet, and songwriter I always dreamed of becoming. I have lived in New Orleans and Slidell for the last 39 years.  During those bar years I still wrote and played occasionally, recording a few original songs along the way. One of my projects, I'm currently working on is transferring those recordings onto my computer. Most of the tapes were underwater during Katrina, and sat in my garage for the six years after. I'm now trying to save as many as possible. I'm also writing new material for an album hopefully to be out in the latter part of 2012. I'm also working on a book of Haiku poetry hopefully to be published by the summer of 2012. I continue to make art, and exhibit around Louisiana and the Mississippi coast.

I sometimes come back to Meridian to play with some of my old friends and former bandmates. Bob Holcomb, Monte Royal, George Williamson, Tom Rovinsky, Larry Bond, Chris Ethridge

This piece I wrote a few years ago really sums up my life:


Perfectly Clear
When I was born they said: He's not your normal baby.
In my youth: He's smarter than the norm.
Those long lonely teenage years: He just doesn't fit in.
All those college years: He's the rebellious sort.
As a young adult: See we told you so.
Middle aged crazy
Eccentric old man
Ah! Now everything is perfectly clear.Copyright: 1999 Ned Hobgood